CASHEW (or caju, in Brazilian Portuguese)
is not just our name, it’s our concept.

Long before the discovery of Brazil, cashew was already a staple food for local natives.

For indigenous peoples, cashew means “year” (time),
as they use the tree to measure age by counting each flowering and crop period. 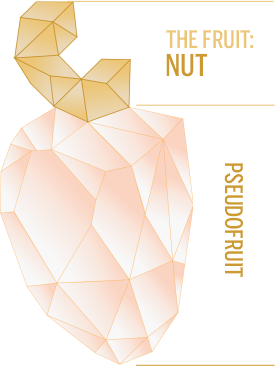 2) The fruit (NUT), which requires a
time-consuming and meticulous process to produce different varieties – natural flavor, salty, or sugar candied.

Reaching the best outcome in a lawsuit and ensuring
safe entrance into the world of investing in legal claims require time,
method, experience, and a tremendous amount of expertise.

At CASHEW CAPITAL, we combine the largest legal experience and legal expertise in the Brazilian market to evaluate lawsuits as investments considering the current economic condition of a continuously declining SELIC interest rate. We evaluate lawsuits in all levels of jurisdiction, regardless of the stage in which the proceeding is.

We have turned cases that dragged on for years in the courts into solutions both for creditors and investors.

Thanks to decades of accumulated experience in different fronts of litigation, no one understands better than us the paths, shortcomings, disappointments, and favorable outcomes of a lawsuit. Therefore, we value our Attorneys’ work on behalf of our clients.

CASHEW CAPITAL is made up of four partners, all eminent and experienced legal scholars with consolidated careers, who can provide the best strategic advice on the decision to turn lawsuits into investments and immediate results.

Assigning credit rights in legal claims is safely consolidated in the legal and financial markets. However, the secret lies in knowing how to measure the time and the risks involved in the lawsuit to effectively receive the credit. CASHEW CAPITAL ensures safe negotiation of credit rights in legal claims and of court-issued government IOUs (precatórios) by conducting a stringent technical analysis of each case.

CASHEW CAPITAL also offers partial cash advances of the result of lawsuits, turning our clients and Attorneys into business partners while adding knowledge, trust, and efficiency to the outcome of the lawsuit.

CASHEW CAPITAL acts before both public and private agencies using specific power of attorneys in order to provide the best solution for receiving credit rights in legal claims.

Below is a description of each partner’s background and knowledge. We know that a resume is not as revealing as a high-touch interaction, so, feel free to send us an email to ask for further details about our professional experience.

Is a nationally renowned legal scholar, speaker, and author of several publications. His practice is largely focused on Civil and Business Law. He holds a Juris Doctorate degree (1995), a master’s degree (2002) and a Ph.D. (2016) in Law from Pontifícia Universidade Católica de São Paulo (PUC-SP). He has been a professor at PUC-SP since 1997 and has been honored several times since then. At PUC-SP Ferriani has also been elected Head of the Departments of Civil Law, Civil Procedure, and Labor Law for two consecutive terms (2009/2011 – 2011/2013), also serving as Deputy Head in two other terms (2007/2009 – 2009/2007). He is a lawyer, he renders legal opinions, and he is the Chairman of the Commission for Civil Law Studies of the centenary Institute of Lawyers of São Paulo (IASP, Instituto dos Advogados de São Paulo).

Holds a Juris Doctorate degree from Faculdades Metropolitanas Unidas (1988) and a master’s degree in Social Relations Law/Diffuse and Collective Rights from Pontifícia Universidade Católica de São Paulo (PUC-SP) (2003). He is an experienced legal scholar in Brazil. He has worked in academia as a professor of Civil Law and of Public and Private Law Institutions at Faculdade Capital (1989/2004). In addition, he has been an assistant professor of Civil Procedure and Court Practice at PUC-SP (1989/2007). He is an active member of the Institute of Lawyers of São Paulo (IASP) and a former member of the Infrastructure and Logistics Committee of the Bar Association of the State of São Paulo (OAB/SP) (2013/2018). Also, he has served as chairman of Club Athletico Paulistano’s Advisory Board. He is a lawyer admitted to the Portuguese Bar Association (OAP).

SEND A MESSAGE TO US!

Cashew Capital is a signatory to the UN Global Compact. This way, we help promote and enforce the 10 Universal Principles of the Universal Declaration of Human Rights, the ILO Declaration on Fundamental Principles and Rights at Work, the Rio Declaration on Environment and Development, and the United Nations Convention against Corruption.